A Robotic Puppy for Joan 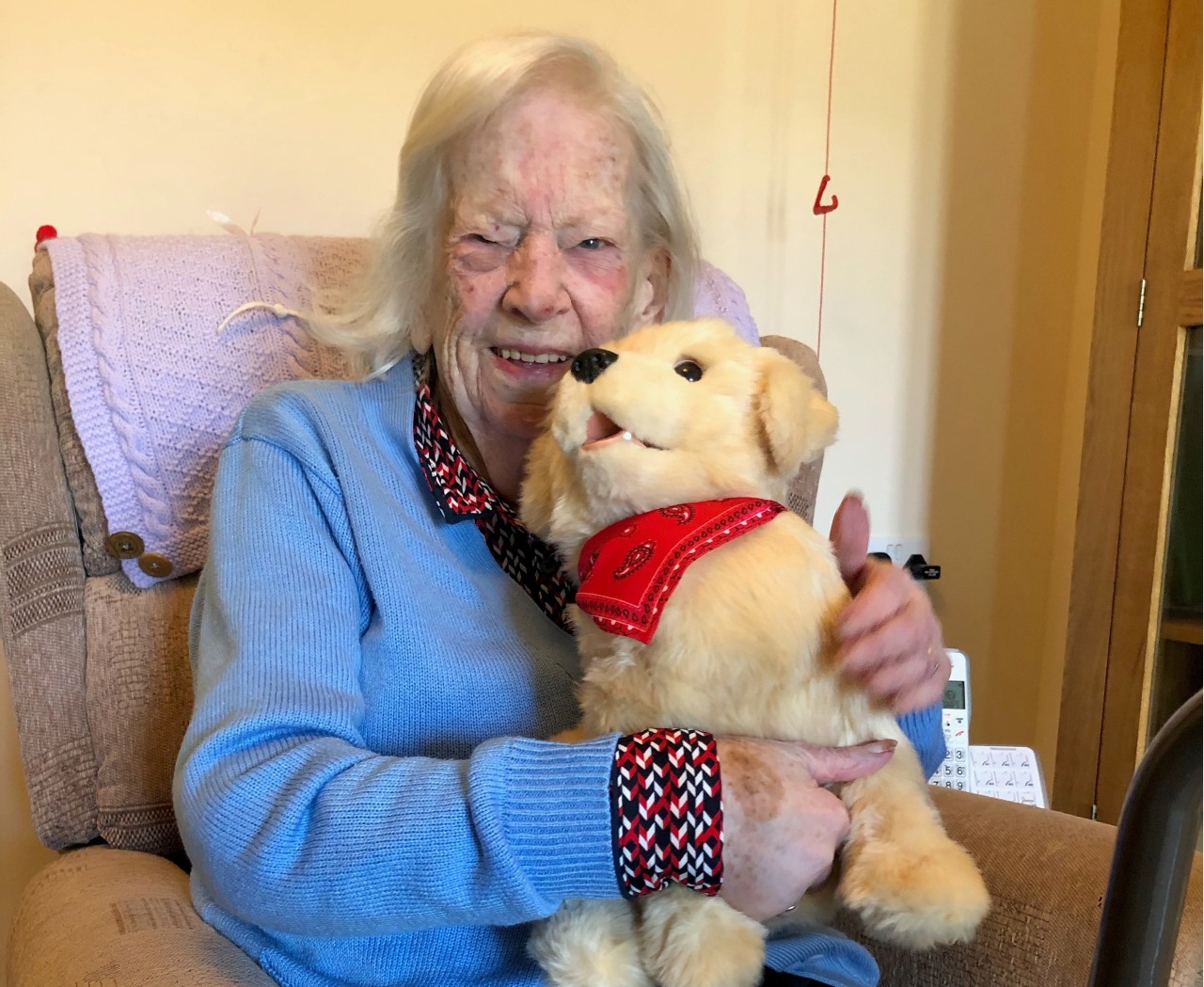 Nominated by her carers, Joan is 94 years old, and a client of HomeInstead Warrington & Lymm. Joan used to have a dog, Sadie, who she considered to be her best friend and they were inseparable until sadly, Sadie passed away.

Pollard's Promises and the QCG team raised funds to send this wonderful lady a "robotic" dog which she has named Buster. Recreating some of the sounds and movements of a puppy and responsive to touch, Buster provides Joan with a degree of companionship and comfort that is important given she has vascular dementia lives alone.

Back to all promises

If one of your care recipients or staff deserve a treat, maybe has a special birthday approaching or has done something outstanding, then we want to hear from you.

If one of your residents or service users deserves a treat, maybe has a special birthday approaching or simply has a wish they want to fulfil, then we want to hear from you.